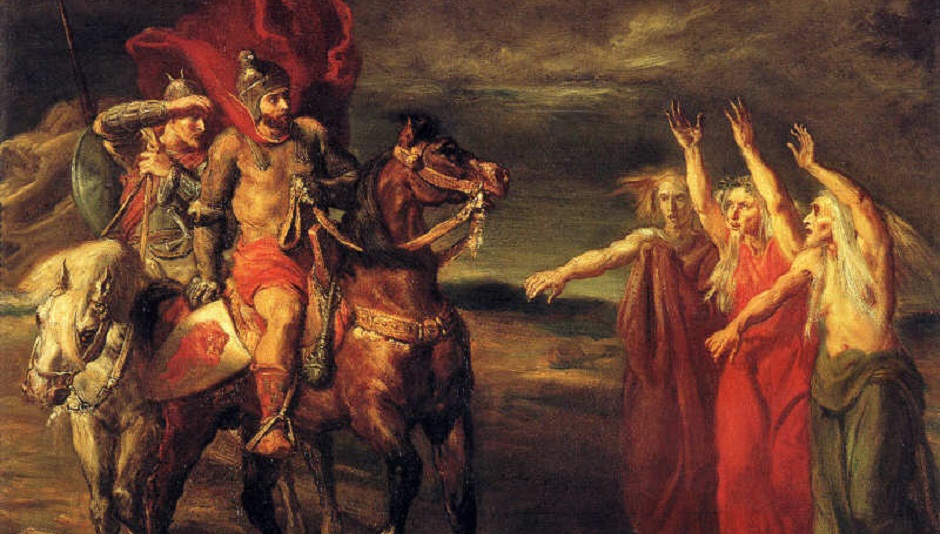 In 1589, James VI of Scotland’s future wife, Anne of Denmark, came perilously close to being shipwrecked. James was convinced that witchcraft lay behind the violent storms, and in 1597 he published a short but incredibly influential treatise, Daemonologie, in which he argued unequivocally for the existence of witches. By the time he became King James I of England, he had been responsible for the execution of hundreds of innocent people – usually women – suspected of witchcraft. Shakespeare’s Macbeth is the playwright’s response to this febrile atmosphere of persecution and fear. The play – which was probably first performed for King James at Hampton Court Palace – has been bewitching audiences for more than four hundred years. Its potency is such that even today some actors refuse to say its name, instead referring superstitiously to ‘The Scottish Play’. In ‘Bewitching Shakespeare’ we’ll be considering Macbeth in its early modern context, but also in terms of its startlingly modern resonances in the #MeToo era, in which the language of the ‘witch hunt’ has been crudely misappropriated. Whether you already love Shakespeare’s plays, or whether they’re a source of frustration to you, this will be a weekend of Shakespeare without fear, with just one play – Macbeth (c. 1606) – to read or watch in advance, and all other materials provided for you.

Emma Rees was Gladstone’s Library’s Political Writer in Residence in 2016. She is professor of literature and gender studies at the University of Chester, and she has taught Shakespeare and Renaissance literature in universities for over 20 years. In 2017 she finally achieved her goal of seeing every one of Shakespeare’s 37 plays live on stage at least once; she ran her first weekend course, Taming Shakespeare, at Gladstone’s Library in May 2018. A year later she returned with Subverting Shakespeare, and is delighted to be back again in 2020.

Residential prices start from £270, non-residential from £190. Discount rates for clergy and students apply.